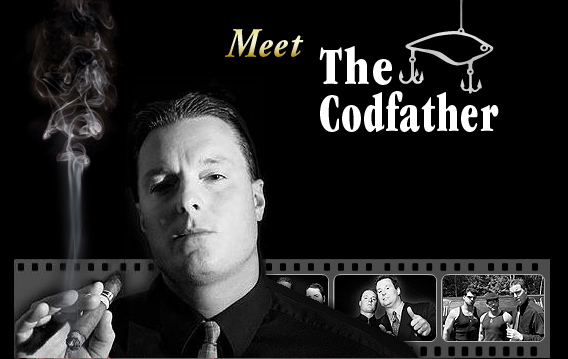 I was up late one night watching one of my favorite movies – The Godfather. While I was watching it, I thought, “Wow! How cool would it be to try to work in a character like the Godfather into my show.” All night long I started to write down some notes regarding this new underground fishing crime boss. Right from the beginning, I thought this would be a fun idea, because in all of my years of fishing it’s still funny to see the reaction you get when you ask someone else what lures and what lake or part of the ocean they are on when they are catching all of their big fish. They look at you like, “There is no way I am telling this guy what I am doing and where.” So I thought from the get-go that this idea would be a homerun. 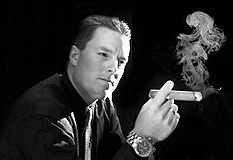 Over the next few weeks, I really started to fine-tune my new character with my producer, Bob Sylvester. We had pretty much completed a script, but still had no name for the new underground boss of the fishing world. Before the filming of the first segment, Bob looked right at me and said, “I got it! You’re the Codfather.” I was like, “Man, that’s money. Absolutely perfect.” It was at that point that the Codfather was born.

Codfather Part I was a great lineup of guys. Geese was played by Larry Saggese and Vito was played by former Boston Bruin Steve Leach. Both of these guys did a tremendous job in playing the Codfather’s henchmen. Billy the Bass, who was our first victim, was played by Mike Genest. 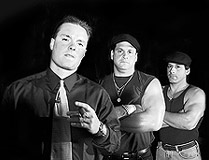 The Codfather Part I ran about five minutes in length and was a great success. When sitting down to write the Codfather Part II, it was very difficult. We wanted to outdo ourselves in the sequel. Both Bob and I decided there would be a little bit more of a story line and that we would stretch it a little in length. The Codfather Part II again had many great characters. Larry Saggese (Geese) made a return visit, along with his brother Nick Saggese (Nick the Slapman). Our victim for Part II was Johnny Spinner (played by Chris Martins). Johnny Spinner didn’t feel he had to go along with the other heads of the fishing families, played by Bob Sylvester (the Fly Fisherman), John Sloan, Jr. (the Saltwater Fisherman), and Jim Kevlik, Jr. (Hunter Jim). But after a visit from the Codfather, Johnny Spinner is now seeing things differently.

A huge part of both Codfather Part I and Codfather Part II was the lighting. Videographer John Martin, who filmed both, did a tremendous job and spent a huge portion of his time setting up the proper lights for the best possible effect. Bob Sylvester, who edited both parts, did a masterful job of cutting all of the difficult scenes together. In Hollywood terms, it was very tight and flowed with ease.

Of course, the Codfather was played by me. It was very fun to portray the Godfather in these segments. I felt like people would get a kick out of the messages that we were trying to get across. The fact that The Godfather is one of my all time favorite movies made it a lot more fun for me to do. In eight years of doing television, filming the Codfather ranks right at the top. The Codfather Part I and Part II are both available on VHS and DVD, and soon to be released is the Making of the Codfather, which will include Codfather Parts I – III and behind-the-scenes footage 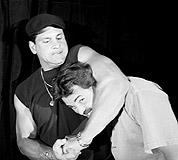