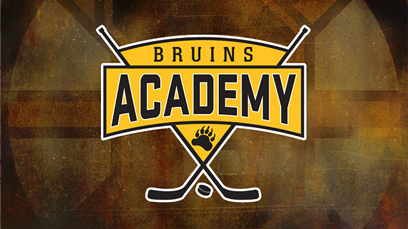 The fast-paced educational program will air monthly and help teach the game of hockey to younger fans. The show will be hosted by Charlie Moore and will feature BostonBruins.com reporter Caryn Switaj.

“Growing the game of hockey in our region is a top priority for the Bruins organization,” Bruins president Cam Neely said in a statement. “We hope that Bruins Academy is equal parts entertaining and educational for kids throughout New England who love our game and want to learn more about it.”

The new show will continue the Bruins’ and NESN’s continued support of youth hockey in New England with multiple youth hockey programs such as the Little Bruins program and the annual TD Bank Mini 1-on-1 tournament.

“Bruins Academy is a continuation of the team’s long and enthusiastic history of supporting youth hockey,” NESN president and CEO Sean McGrail said in the statement. “We are excited to bring this fun and engaging new show to young fans throughout New England.”

Among the segments will be “Teaching the Game,” which will help teach the game of hockey with help from Bruins players, coaches and staff. Viewers also will have a chance to ask the Bruins questions in the “Learning the Game” segment, in which Bruins players will answer viewer-submitted questions.